Directional growth is a function of polarized cells such as neurites, pollen tubes, and fungal hyphae. Correct orientation of the extending cell tip depends on signaling pathways and effectors that mediate asymmetric responses to specific environmental cues. In the hyphal form of the eukaryotic fungal pathogen Candida albicans, these responses include thigmotropism and galvanotropism (hyphal turning in response to changes in substrate topography and imposed electrical fields, respectively) and penetration into semisolid substrates. During vegetative growth in C. albicans, as in the model yeast Saccharomyces cerevisiae, the Ras-like GTPase Rsr1 mediates internal cellular cues to position new buds in a prespecified pattern on the mother cell cortex. Here, we demonstrate that Rsr1 is also important for hyphal tip orientation in response to the external environmental cues that induce thigmotropic and galvanotropic growth. In addition, Rsr1 is involved in hyphal interactions with epithelial cells in vitro and its deletion diminishes the hyphal invasion of kidney tissue during systemic infection. Thus, Rsr1, an internal polarity landmark in yeast, is also involved in polarized growth responses to asymmetric environmental signals, a paradigm that is different from that described for the homologous protein in S. cerevisiae. Rsr1 may thereby contribute to the pathogenesis of C. albicans infections by influencing hyphal tip responses triggered by interaction with host tissues.

The growth and behavior of living cells is achieved by a process of vectorial metabolism in which growth is directed or restricted to specific cellular locations under the influence of endogenous and exogenous signals and stimuli. For example, in the model yeast Saccharomyces cerevisiae, budding yeast cell growth involves polarization in a direction that is prescribed by proteins that provide internal cues. These proteins include cortically localized bud-site selection proteins that recruit and activate the major polarity establishment Rho GTPase Cdc42 either adjacent to or directly opposite the site of emergence by the previous daughter cell. In contrast to the case for budding cells in S. cerevisiae, where positional landmarks are internal, pheromones provide mating yeast cells with extracellular signals that override the internal cues so that the growth of the mating projection (shmoo) is oriented in the direction of the putative mating partner.

During yeast cell growth in Candida albicans, an opportunistic fungal pathogen of humans, the direction of polarity establishment is controlled, as it is in S. cerevisiae, by internal cues at the mother cell cortex. C. albicans also grows in a filamentous hyphal morphology that is not exhibited by S. cerevisiae. Understanding how hyphal morphogenesis occurs and is regulated has generated a great deal of interest because the hyphal form of C. albicans has been associated with the invasion of host tissues and mortality.

The hyphae of C. albicans and other human and plant fungal pathogens respond to a range of asymmetric environmental signals by altering their axes of growth in a regulated fashion. For example, in C. albicans, hyphae change their direction of growth in response to alterations in surface topography (thigmotropism) and when exposed to electrical fields (galvanotropism). These responses are dependent upon the presence of external calcium ions, and mutants affected in calcium uptake and calcium signaling have reduced thigmotropic and galvanotropic responses. In addition to these tropisms, physical contact with semisolid substrates triggers the invasion of the substrates by C. albicans hyphae. Thus, C. albicans hyphal cells orient polarized growth in response to asymmetric external cues, but the molecular mechanism that aligns the growth axis remains unknown.

The C. albicans bud-site selection protein Rsr1, a Ras-like GTPase, is important for both yeast bud-site and hyphal branch-site selection: strains lacking Rsr1 or its GTPase-activating protein (GAP) Bud2 have random, disorganized budding and branching patterns due to the loss of the internal polarity landmark at the mother cell cortex. Interestingly, rsr1 and bud2 null strains have additional defects that are exhibited during hyphal morphogenesis and that are not predicted from the roles of similar proteins in S. cerevisiae. Hyphae lacking Rsr1 or Bud2 are wider than wild-type hyphae and have an increased tendency to bend, which is associated with disrupted actin cable polarization. These findings are consistent with the idea that GDP-GTP cycling of Rsr1 is involved with positioning events at the hyphal tip in addition to its role in providing an internal landmark at the yeast mother cell cortex. This raises the possibility that Rsr1 GTPase activity is part of the molecular mechanism that orients hyphal growth in response to environmental signals. To test the hypothesis that Rsr1 GTPase activity is important for hyphal tip responses to external cues in C. albicans, we analyzed the directional growth responses of hyphae in strains lacking Rsr1 or Bud2. The deletion of Rsr1 and Bud2 attenuated hyphal thigmotropism and essentially abolished two galvanotropic responses, cathodal germ tube emergence in an electrical field (germ tube emergence galvanotropism) and cathodal orientation of hyphal tips (hyphal reorientation galvanotropism). In addition, strains lacking Rsr1 and Bud2 were attenuated in their abilities to damage and penetrate epithelial cells in vitro, with the rsr1 null strain also having reduced invasion of kidney tissue during systemic infection of mice. Thus, this Ras-like GTPase is important for two polarity processes in C. albicans, positioning of new cell growth on mother cells in response to internal cortical cues and hyphal growth responses to asymmetric external signals.

Connect with us
Stay informed of our latest innovations, sign up to our newsletter. 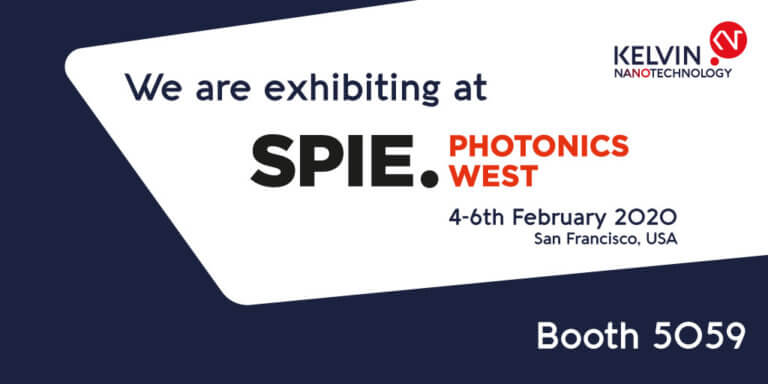 We are excited to be exhibiting at SPIE Photonics West 2020, taking place between 4-6th February 2020 at The Moscone Center, 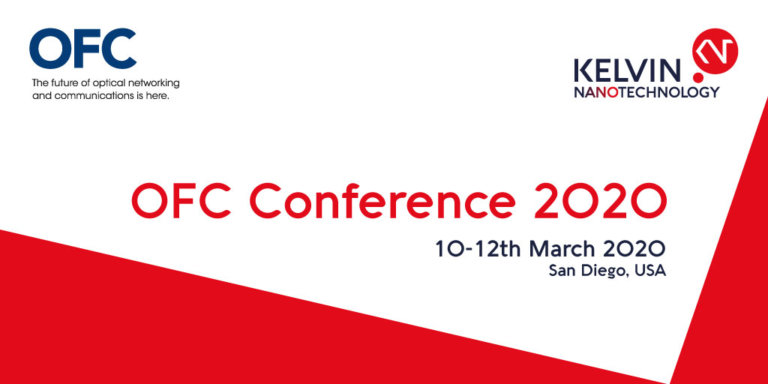 Kelvin Nanotechnology is heading back to the largest global optical communications exhibition, OFC. The event has been running for over 40

How can we help you to bring your project together?

We use cookies to ensure that we give you the best experience on our website. If you continue to use this site we will assume that you are happy with it.OkNoPrivacy policy